The three youngsters are outside since the 18 May. Since 23 May, we saw the parents, which passed briefly at the balcony, during 2-3 days.

Then during a long week, until last week, we had seen any more neither the parents nor the youngsters. For a few days we see them again regularly with pleasure. The come particularly in the morning. They remain little of time but we see them more and more often. He sings again and, Sunday the 26th, they mated on the willow.

This morning we hear a song and we see two titmouses, the two parents are there. Then we hear a continuous teetee-tit and see three titmouses (!?). Yes there are well 3 of them, the third one flaps the wings frantically and it is gray and yellow, it does not have blue feathers yet. For the first time we see one of small. It has now 17 days of freedom; it flies well and always claims to be nourished. It is such a pleasure to see again at last one of the chicks.

We take again the way to the balcony. 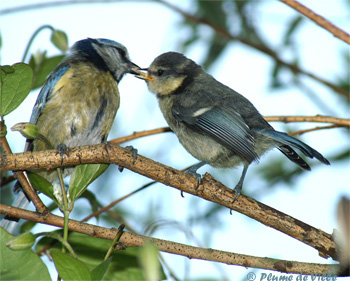 Penelope and her chick. 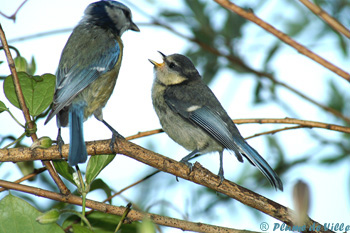 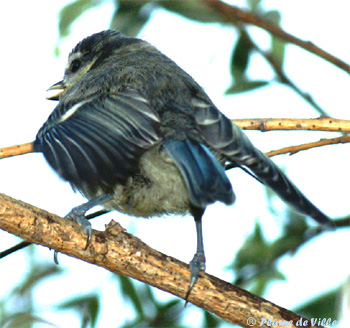 Only the tail feathers, well developed, and a little at the top of the wings start to take bluish colors.

The parents and the little one pass regularly, the every day. 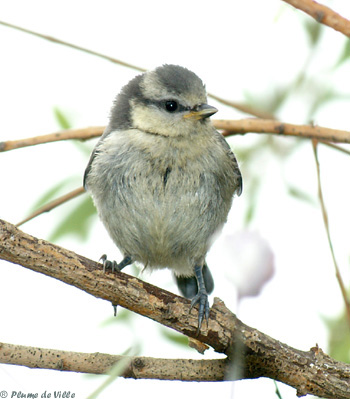 21 days ago he accomplished his first flight. He always claims that his/her parents nourish him. 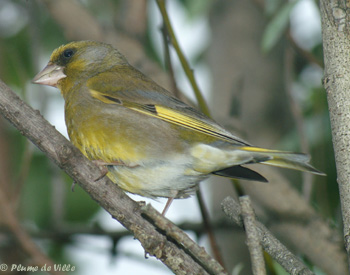 Another visitor, a greenfinch, got used to visit the balcony. During the month of May the mother came with her little one.

In spite of our dissuasive attitude, wood pigeons insist to nest on the balcony. Discreetly a couple had already brought a quantity of dry branches in a hidden recess. But they are a little too cumbersome to be accommodated on such a small balcony. 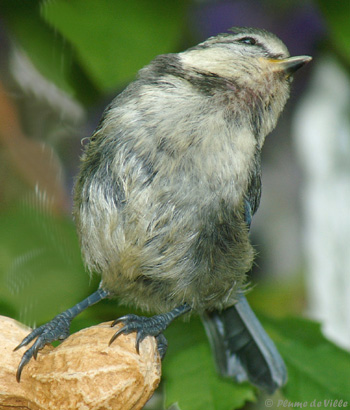 23 days. The young became independent and comes alone to the balcony. Its cry changed, it starts to sing like a titmouse.

His/her parents pass from now and then but the visits became more spaced.