Sorry not yet translated. Translation in progress.

Four days of the flowering of a sunflower. 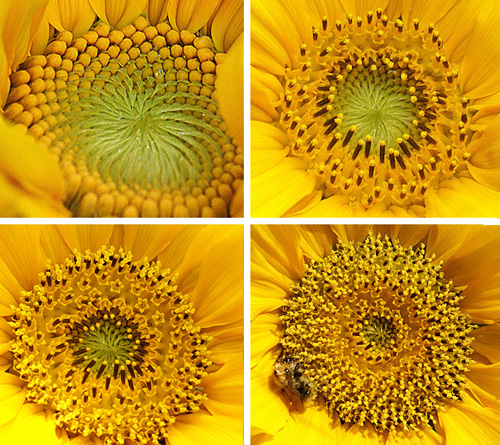 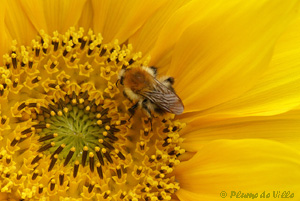 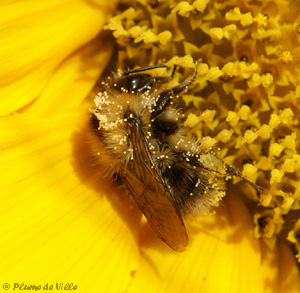 August, and we don't see any more swifts, this year they left early, around July 27.

Array of turtles in the solarium.

They were 13 this August 4, heating the sun. Sunbath for Red-eared Sliders.  [Vincennes] 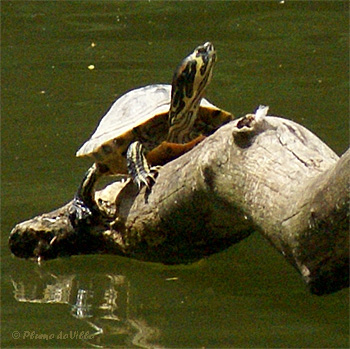 Introduced to be sold as pets, the Red-eared slider (Trachemys scripta elegans) in the released nature, adapted very well. It is a potentially invasive species, threatening biodiversity.

Purchased small "dwarf" turtles become adults in a few years, and animals from 1.5 to 2 kg and 25 cm. Cumbersome, many were (are?) "released" and are now present in all departments. Their importation is banned in Europe since 1997.

Some numbers: In 60 years, the USA farms produced up to 10 million young Red-eared sliders per year! For France, between 89 and 90, 1.8 million turtles were imported.

In the South of France it reproduces and nesting sites were found in Ile-de-France (around Paris).

It constitutes a threat to European pond terrapin (Emys orbicularis) present in the south of the Loire. It is more aggressive and displaces the native turtle. 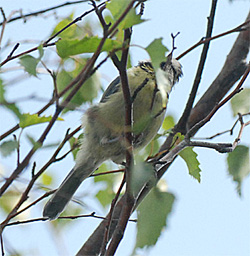 It was a long time without seeing tits.
The little blue came to nibble the birch.


A short pause in this diary. Coming soon. 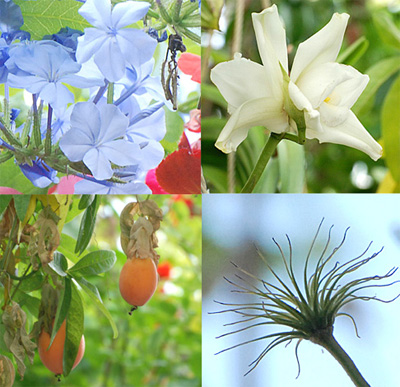 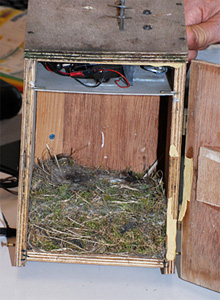 The tits also seem to have returned, a great tit came to sing at the top of the birch.

We took down the nest box to remove the nest and clean the entire nest box. Dismantling, washing, cleaning and disinfection.
We found the nest clean. Only two small jumping spiders there had taken refuge inside.

7cm of moss, straw, feathers, thread, small branches, down.
The nest bowl was placed at the back of the nest box on the side opposite to the door.