On our small balcony in Paris, we installed during 2006, a box for bluetits. The nest is high placed and near our french window. A small pair of blue tits settled there and nidified during the spring and four young titmice fledged in May.

It's with the story of their nesting that this site began.

Gradually, during walks, butterflies, dragonflies and others insects were also invited.

In subsequent years, other broods of bluetits were born here. Here are their stories, spring after spring.

From day to day (Latest updates), Throughout the day, follow our feathered visitors and guests a little further. (Only in french.) 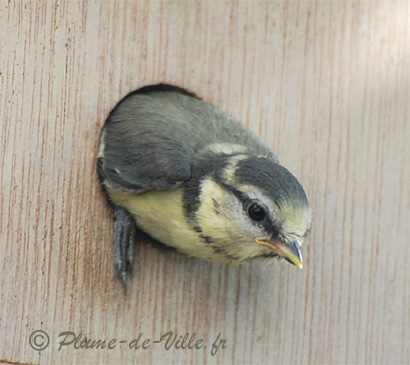 2009: After a long cold winter unfortunately, the nest is not occupied this year.


The link WEBCAM:allows to follow live the latest images from inside the nest box. Webcam OFFLINE for now.