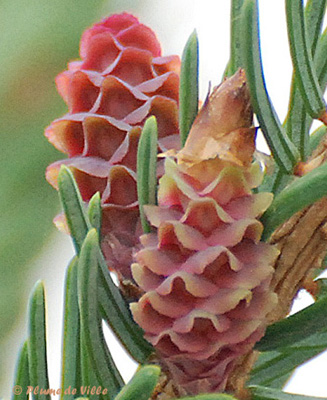 All in pink flounces, the female flowers, future cones of the terrace spruce. 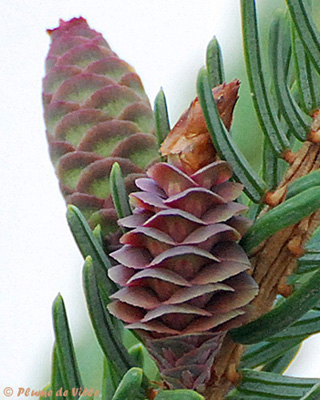 The female flowers sprout only at the top of the tree. Young cones are erect at the beginning and then droop.

The male flowers, yellow cylinders, push at the lower levels and appear on the branches of precedent years. 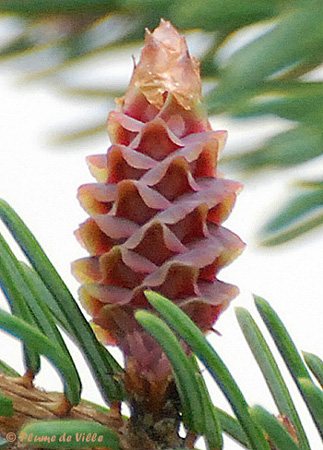 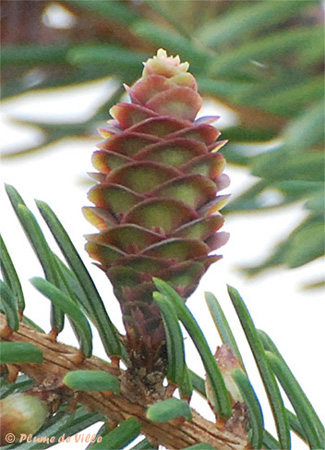 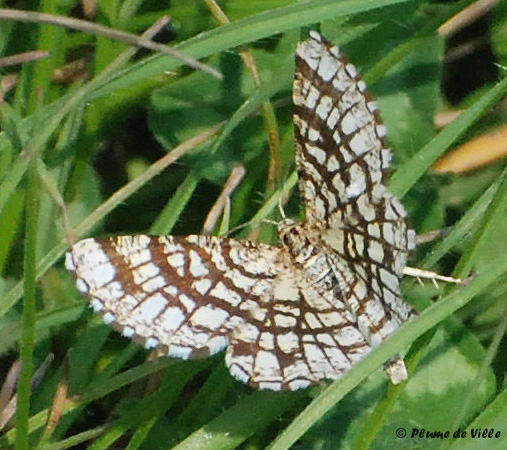 It is a diurnal moth. 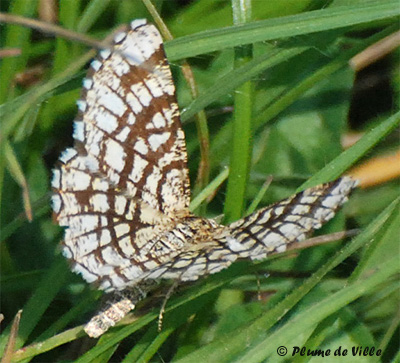 This moth flies in May, June and August September. It overwinters as pupae in the soil.

This one, battered by the wind leaned at right and left in the grass as a tightrope walker, keeping its wings half open. 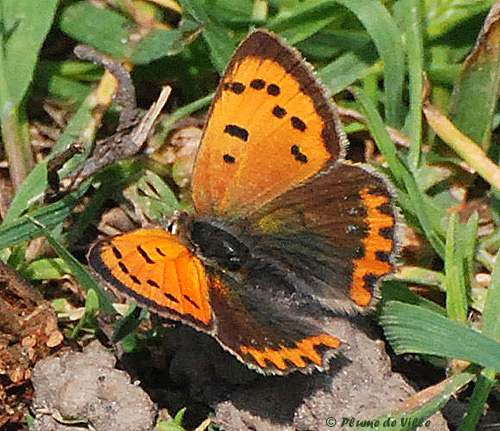 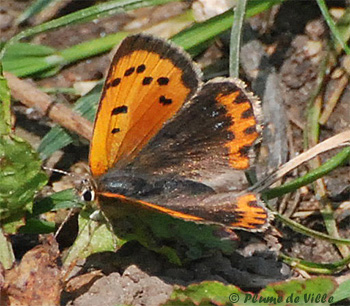 This one was warming up in the sun, slowly closing and opening the wings. 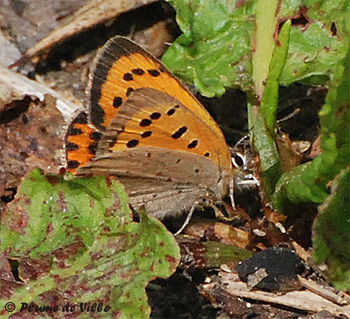 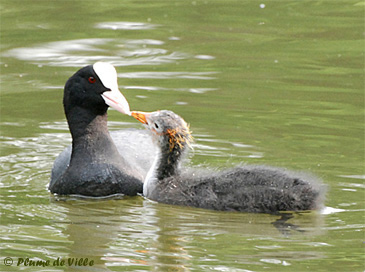 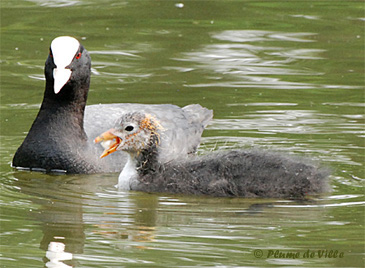 Small Common Coot mid-April grew up. Their red duvet has almost disappeared. They are fed approximately four weeks by the parents and they will wait another month to fly. 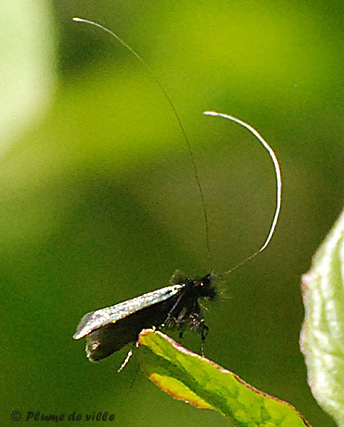 Long, long antennae, for this tiny butterfly. It is the male who has these long clear antennae (more than four times its body length), those of the female are shorter. 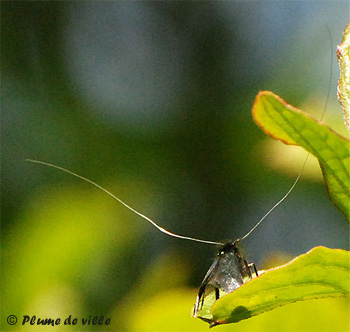 (Named in reference to Reaumur (Rene Antoine Ferchault of Réaumur) known for the alcohol thermometer but who was also one of the first great naturalist and entomologist.) 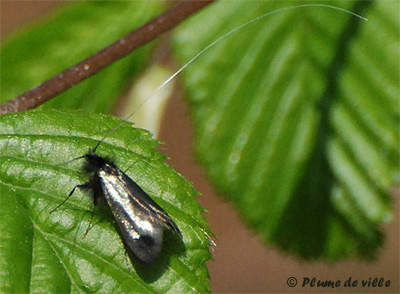 Hard to fit in the photo the disproportionate antennas of this male.
They dance in a swarm on the sun around the bushes to find a soul mate. 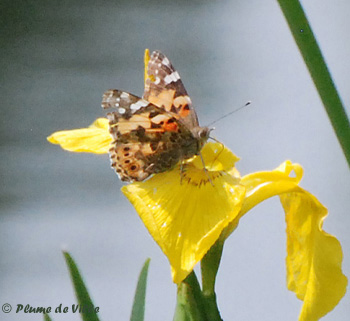 For more than a month, they flutter everywhere (on Internet sites too!) crossing France (millions?) coming up from the South (North Africa, especially Morocco) to the north of Europe.

It is a migratory butterfly. It will lay in the north, but it will not see again the sun of the South. It is its offspring which will go back to the south. The migration of this year is particularly exceptional.

It is a wonderful spectacle to see for hours; these butterflies fly at full speed in small groups of 2-4, in the same direction (west / northwest to those ones). 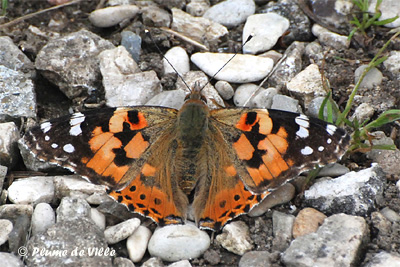 They continue their flight, regardless of obstacles, pass nearby and coming from all sides. It's impressive to see them, all in the same direction at high speed. Few stop, they think only to fly to their goal.

This one may be exhausted, landed in the rocks and stayed there a long time.

It alighted where the heat is greatest, to regain his strength. It has struggled to resume its flight, trying to take off several times and return to heat. Finally he managed to resume its course, immediately aiming to
the same direction as the others. 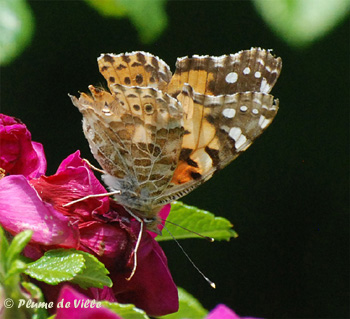 Very few stop to sip nectar, which they take quickly, almost on the sly, before resuming their flight. We have to take the picture quickly. Some have wings in poor condition.

In the evening, they will stop in a tree in a garden to fly in the morning.

(Click to enlarge)
(Pictured in Seine-et-Marne, the 200509. Present in Paris where I saw them today). 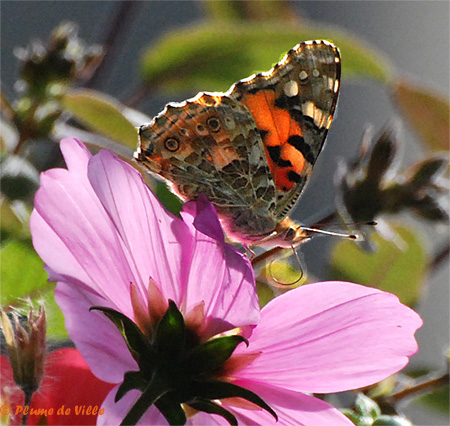 This morning there were several of them alighted for breakfast on my cosmos.