Then, for a change, a little short walk under the sun away from the balcony.

One paddle is enough on the still water pond.

Like mother like daughter (son?)!
Amusing and amazing position adopted by all the small family, which rows gently with just one leg. 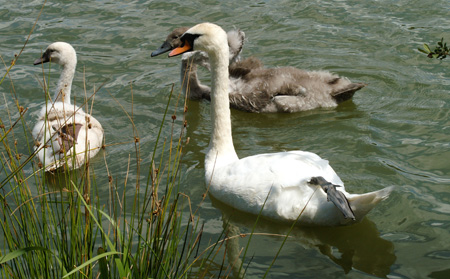 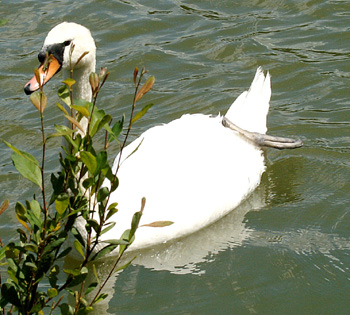 One can also sail the “hands” in the back. 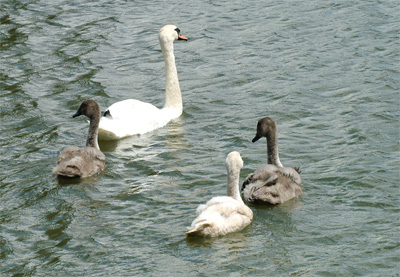 [… the most beautiful model which Nature offered to us for the art of navigation. Its high neck & its raised & round chest, indeed seem to appear the prow of the Ship splitting the wave, its broad stomach represents the hull; its body leaning ahead to shingle, straightens at the back and  raises at the poop; the tail is a true rudder; the feet are broad oars and its large wings half-open to  the wind & gently swollen, are the sails which push the living vessel, ship and pilot at the same time.] Buffon (Du Cygne)

The most widespread species of the European swans, the mute swan nests in all Europe.

In period of nesting, intruders beware; the male protects its territory vigorously.

Among the largest flying birds, it needs to make take off its 15 kilos on a long take-off runway, while running heavily on water. Once in flight, it becomes majestic, neck and head tightly braced forwards.

It is mainly vegetarian. 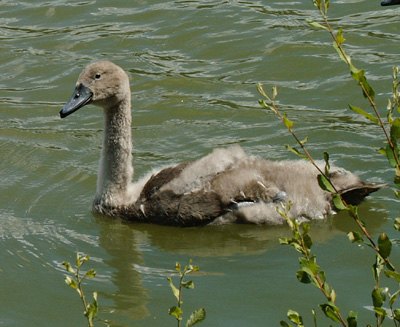 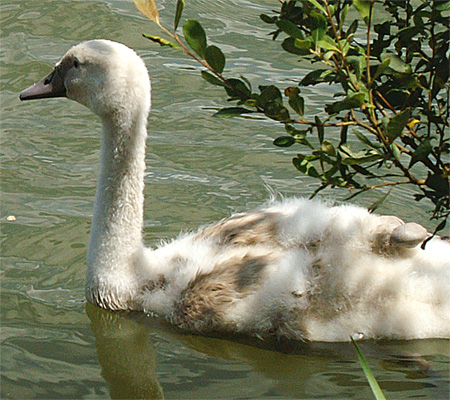 Cygnets.
The youngsters have a brown-grey plumage and the legs and the beak grey-black.
Their plumage changes at the time of the first moult in September when they take white feathers richly brocaded with nicely blondes. They will become pure white only in about two years. 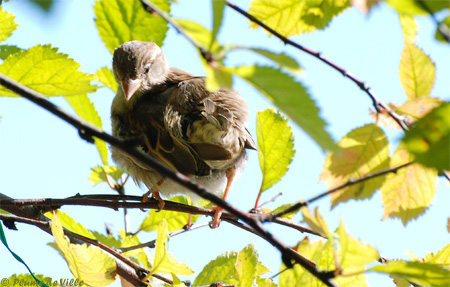 Return of sunshine and a patch of blue sky.