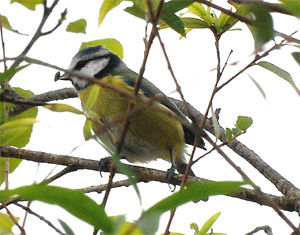 Do I eat or do I will keep this seed?

Sky again grey this morning. So, let's take a quick walk in the sun of two days ago. 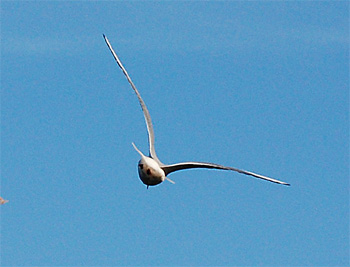 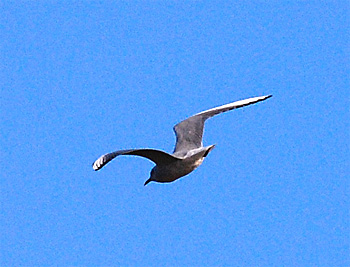 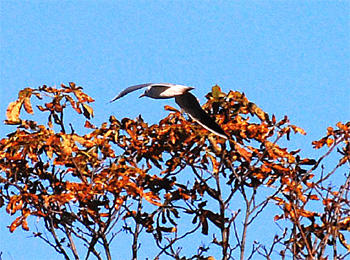 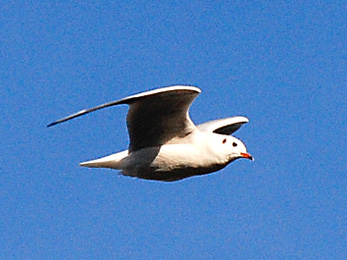 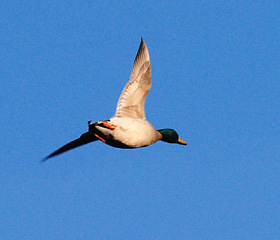 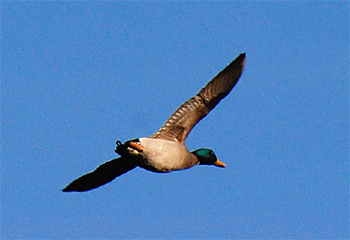 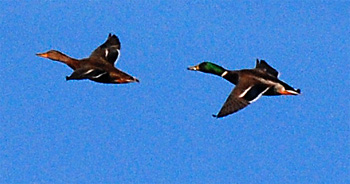 Wide and soft forms of mallards.

The autumn in gold, purple and red. 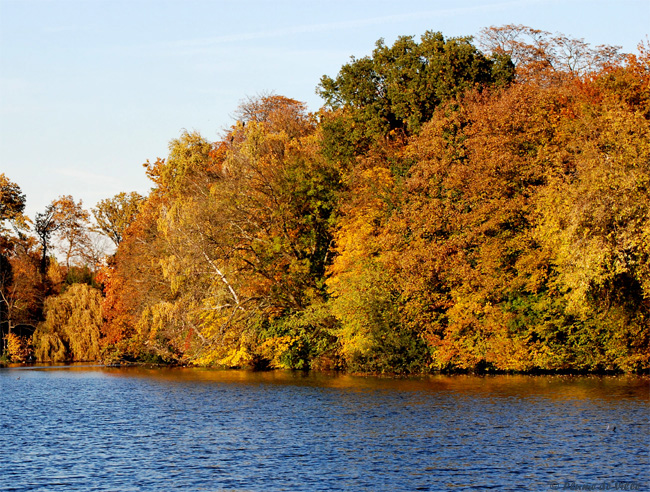 Madam and his knights traverse a path of gold. Common pochard. 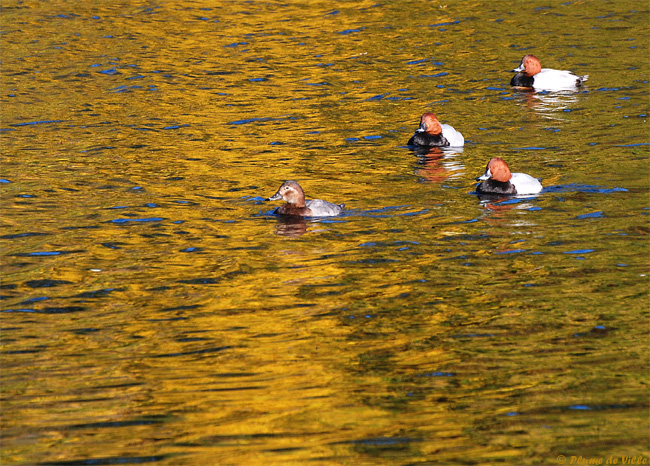 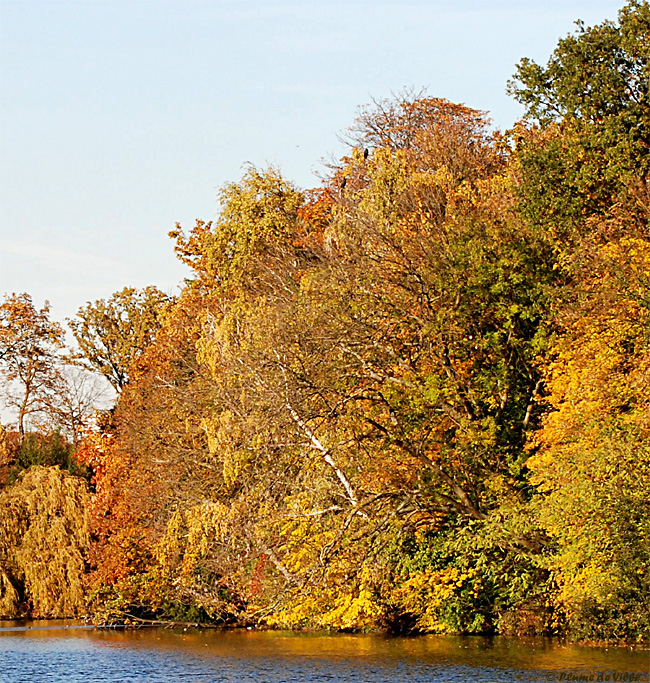 Yet another colour concert. 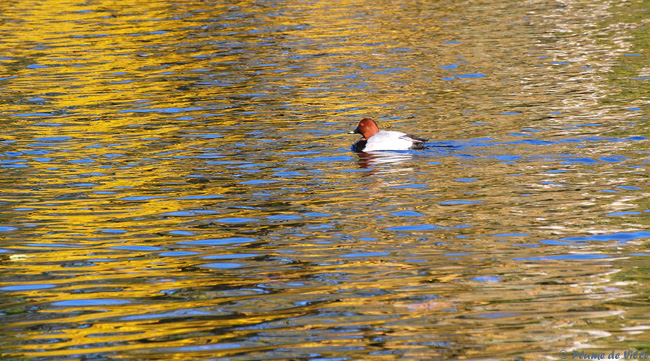 A tip of common black-headed gull in all this shimmer gives the final touch. 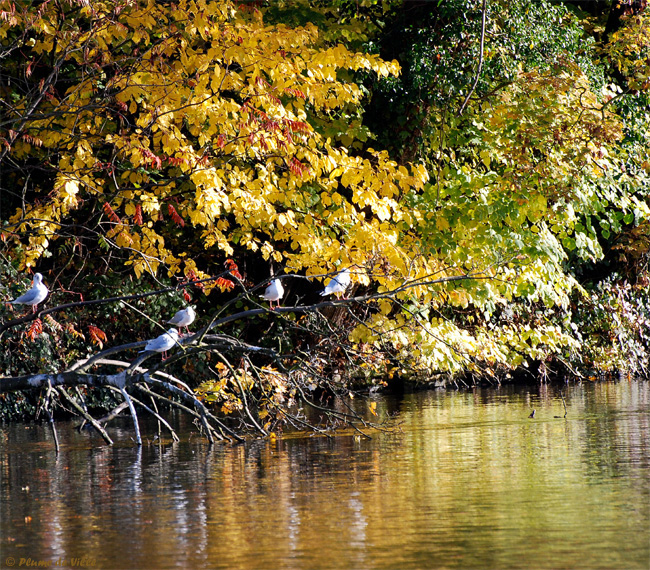 It is 17h, sun sets. Starlings take a short pause before continuing on to the night roosting place. The crane that installed near my building last year is gone, so they muster on the higher corner they find. They are noisy, very noisy; discussions are very animated in the troupe. 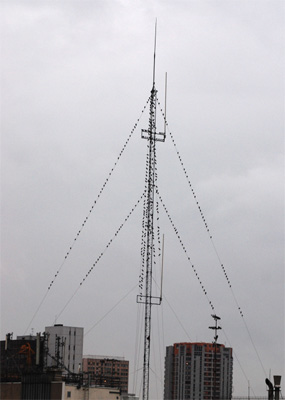 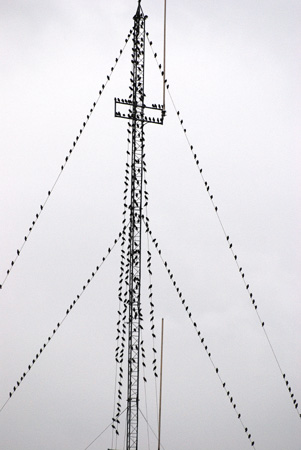 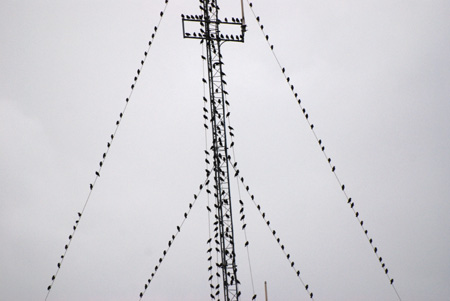 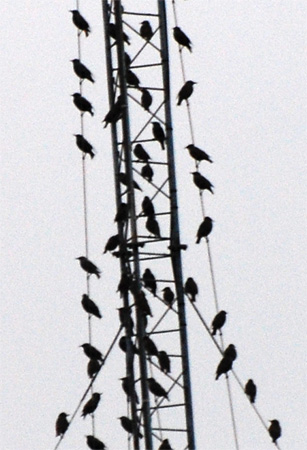 Each has its place, respect for others; they maintain the same distance to the nearest friends from top to bottom. 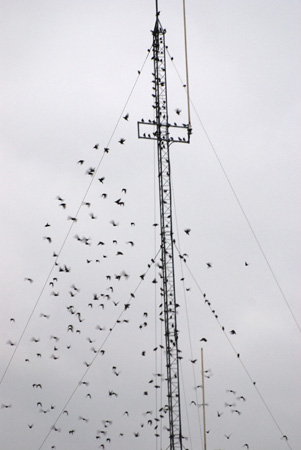 Then, suddenly, everyone flies to join the night roosting place (BNF? I do not know if they have already invested the site this year).

It is much colder: in the morning. For several days a chilly north wind blew on the terrace and we saw no more the tits, only sparrows continued to attend the terrace.

Today the sunshine, the wind settled down. Still no visitors in the day. Finally, this afternoon, almost already night, a blue and then great-tit resume their habits in the feeder. 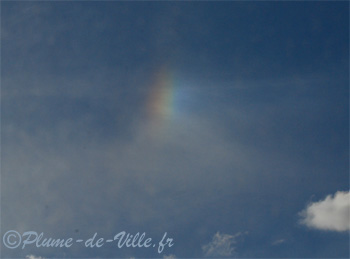 Called "faux soleil" (false sun, for the shining bright white outer edge), parhelion is an optical common phenomenon of sunlight on the ice crystals suspended or present in the clouds. I like his English name of sundog, the dog from the sun, or rather the dogs, there is one on each side, faithful followers. In , it is called "œil de bouc" (goat's eye).

This one was probably created due to a plane's the vapour trail. There where several trails this day.

The pictures were taken from a southwest window. It is 14 hours. 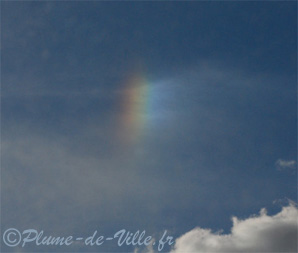 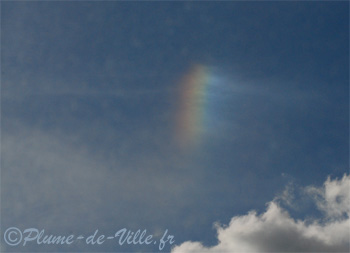 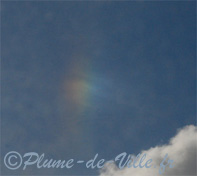 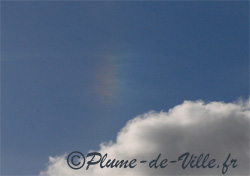 Quite cold sun quite last days. Freeze in the mornings and 2- in the afternoons. Since yesterday but rain, fog, and the greyness was installed, it is dark all day. Fat ball, sunflower seeds and today some peanuts are available.

Visitors to the balcony are here. Small blue find sparrows and great-tits a little too awkward and come early in the morning or late in the afternoon when it's almost night. Then few pictures, but the two are still there. 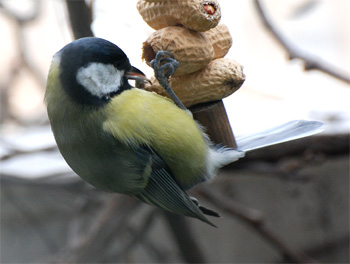 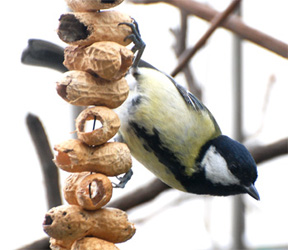 No equilibrium problem for these acrobats. 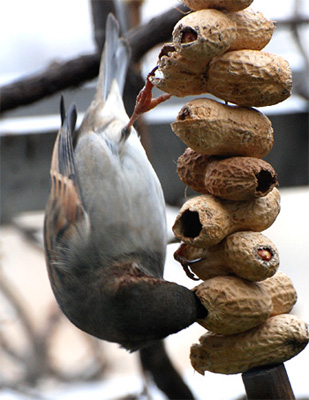 Each one its own technique!

The sparrows are less agile than tits and their bill is less apt to break the shells but they know how to observe and wait. Once the shell is open well they help themselves. 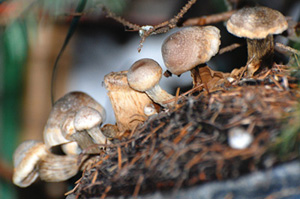 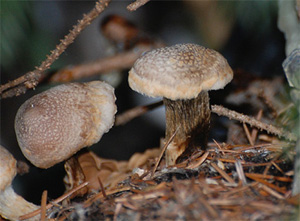 Good year for mushrooms and even home! Small mushrooms have settled in the pot of the Christmas fir. I was unable to identify them.

Beautiful sunshine this morning. 10 am.

All tits are here! Both great-tits and our two blue. It's time for the thorough inspection of the terrace. They do not think about today pictures and behave as on springs all of them. They do not stop jumping around and changing places, looking down into the pots, up in the trees, down to the ground. 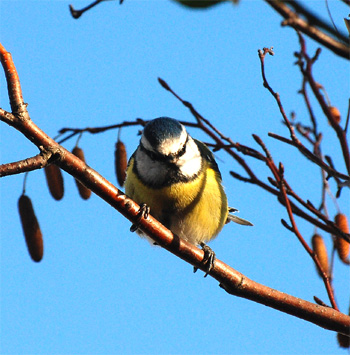 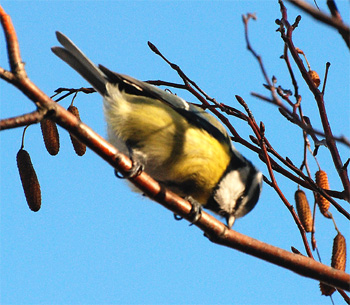 A small blue makes a short visit at the entrance to the nest box for a few seconds looking at what is going on inside.