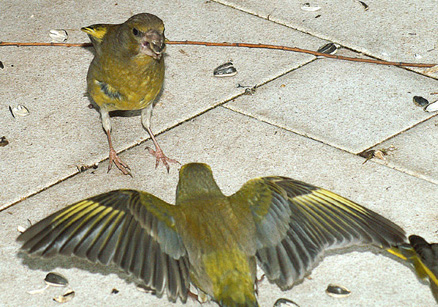 Small discussion between greenfinches.
When he wants to intimidate or that something happens, the greenfinch extends his wings and tries to appear as broad as possible and displays the large pallet of colours of its feathers.

We saw one taking this attitude on the sun, posed on a tree trunk and stuck to it motionless. It was alone, but a magpie had just cried nearby. 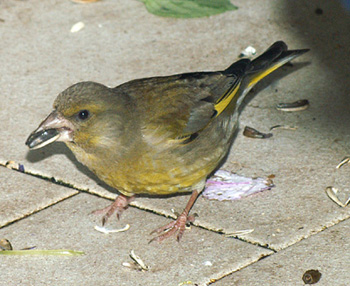 The female (on the right) is less coloured than the male, her head has less yellow. She has a sunflower seed in the beak. 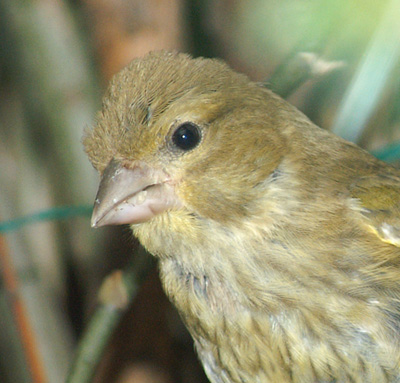 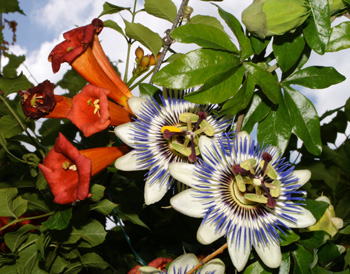 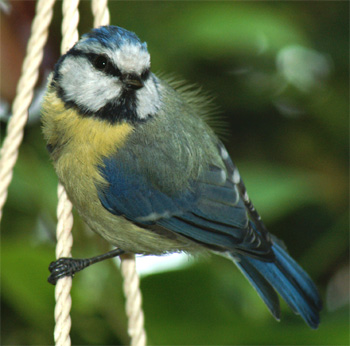 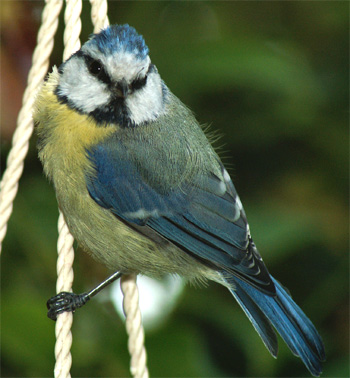 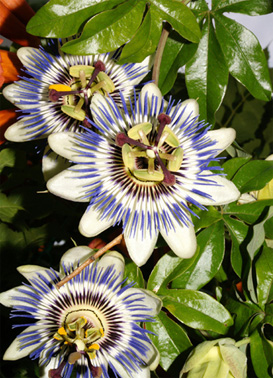 Not new photographs since one moment but our camera deceased (illness: congenital low quality), we hope to return soon with new photographs… and/or a new camera!

The life of the birds is calmer in these days of summer. The weather is finally a little better. The great tit youngsters take a little colour, curiously they are always together, in particular two of them, and come and set out again jointly. They rehearsal the song and test several different tunes. It is astonishing to hear the sonorities of their cries which do not resemble yet the typical cry of the great tits.

The young greenfinches are quite autonomous. The adults come to sing on the balcony. Much as its call can be hard and twangy as much the greenfinch can also chirp nicely and delicately.

The wood pigeons are always present and even a little too much and would like to nest on the balcony. They are not very shy, all occupied as  they are with their warbling, one can approach almost to touch them.