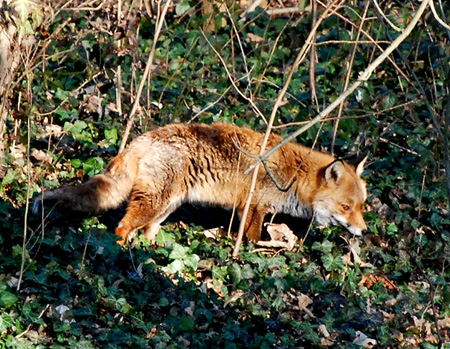 Here, one that takes advantage of it.

We are not far away.
Here is Mr. Fox of the "Bois de Vincennes".

At the lake, he quietly follows the shore of the island.
And dawdles in search of some chewable gluttony, indifferent, disdaining his delighted fans that admire him from the opposite shore.

Crepuscular the fox? Not him! Here he is, in full day and full sun.

Admire his fur, on the enlarged photo. 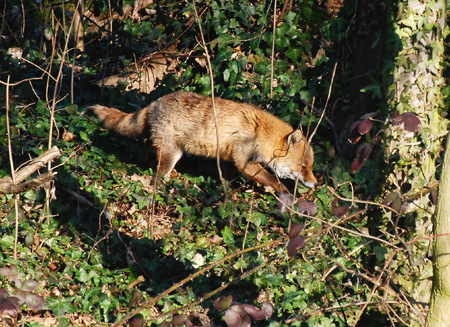 Renart the fox knows the advantage of the vicinity of men and became urban. He is now prevalent in most major cities, first London, but also Brussels, Oslo, Amsterdam, Madrid, New York.

The immunization campaign using baits has rid of rabies in France.

It has adapted and has adequate food. There is about a hundred in Paris, mainly in the Bois de Vincennes and Boulogne. 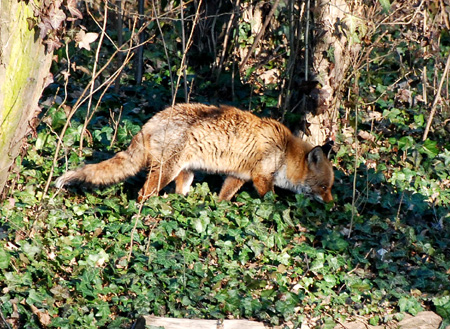 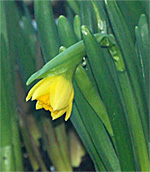 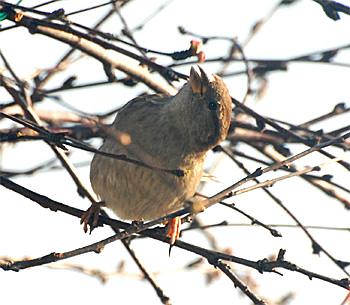 The prunus buds and the buds begin to redden. As every year the sparrows love them. They are fond of these young buttons and the tasting began.

Hey friends, let me some ones intact! 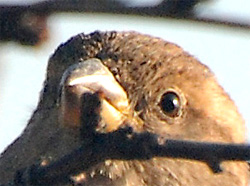 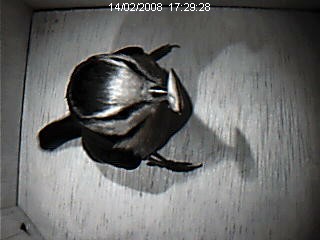 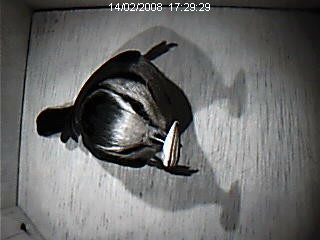 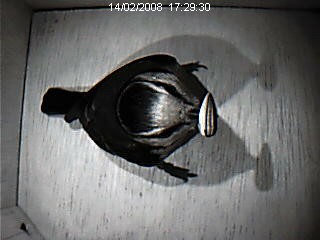 The days lengthen significantly. It is 17h30 and carrying her usual snack, she entered again in the nest box. 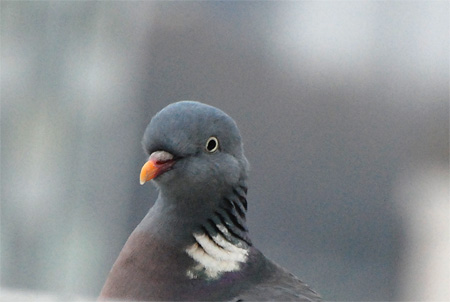 Cold, wind and grey all day.

Grey on grey, the soft grey of the wood pigeon. 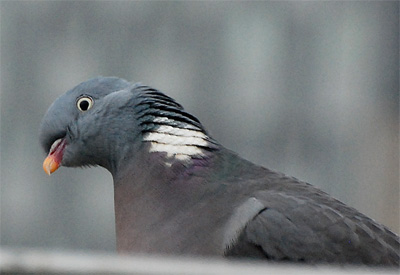 They forgot (temporarily?) flowerpots and walk on the balcony. What thoughts in this round eye? 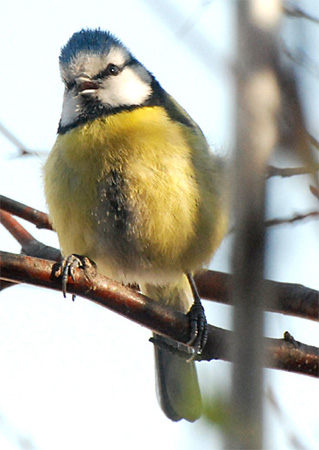 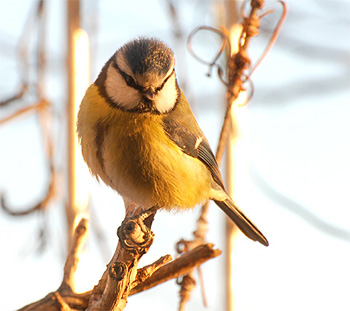 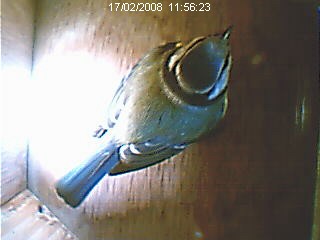 It freezes again this morning. Blue sky. 6-7 °C in the afternoon.

Not a visit that morning. It was not until 11:30 that we saw our two blue.


She enters always in the nest box, but without the slightest piece of straw or moss. Latest:
17.30 Djiriii chip chip chip: greenfinch the friend returned, here he is singing at the last rays of the sun on the top of the poplar tree. We had not seen him since late September. 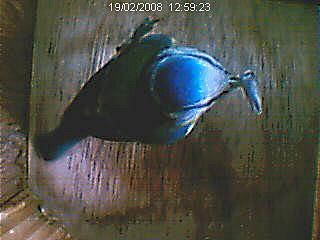 Except from sunflower seeds there is still nothing in the nest. They are behind time compared to previous years: 16 February 2006 and 9 February 2007 for the first strands. Not even tempted by our moss. 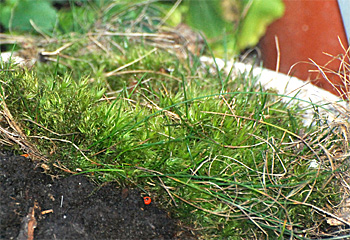 It seems nice though this foam that we have installed in a pot, isn't? 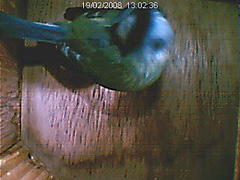 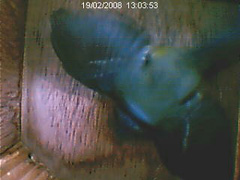 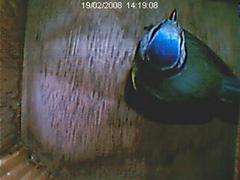 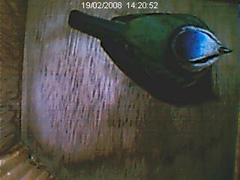 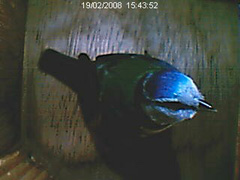 She accommodates its feathers, a little exercise and the rest of the time she dreams ... of a future brood? 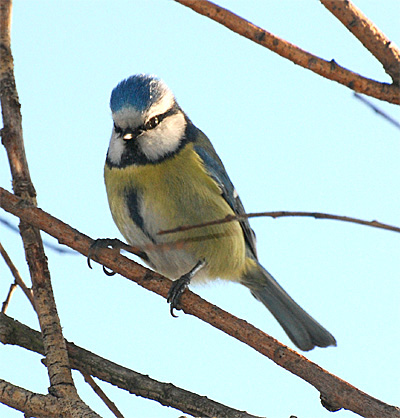 He sings happily in the sun. 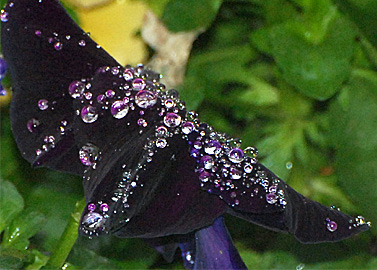 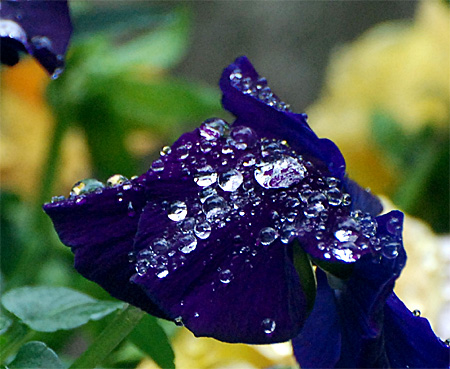 In their viola setting. 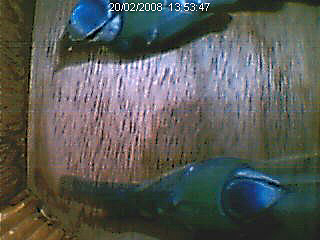 Not very motivated in the light rain. Two short visits today and in this one they time they cross inside. She had just entered and him, and as usual, make haste to leave. 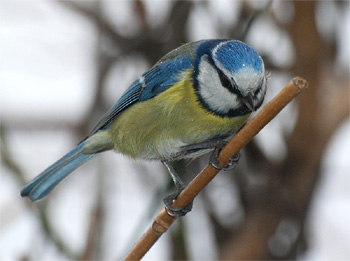 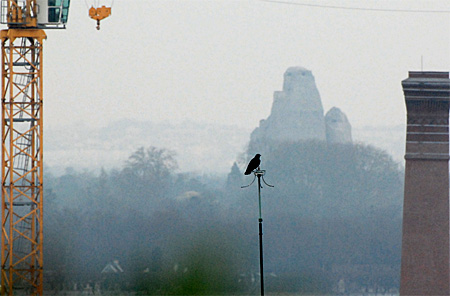 Artificial men's landscape observed by a crow perched on a lightning rod.